OK…OK…I’ll weigh in…gosh.  Why do people always want to know what I think about stuff?  The topic: Miley Cyrus performance at the VMA awards.  After so many…Many…MANY…posts, comments, articles and protests about the performance, people have asked my opinion.  I have been reluctant to give it because, well, I really don’t care that much, but for the sake of not seeming out of touch or prudish, here goes:

Real simple, if you expected anything different from MTV and today’s rising pop-culture icons then you are naive.  I watched about thirty seconds of a video link someone sent to me and shut it off.  There is a reason I don’t watch MTV.  I remember really liking the channel…when it was MUSIC VIDEOS.  Now I don’t even pay attention to what’s on there because it’s either drama or…dare I say…C.R.A.P. (Corrupt, Raunchy, And Putrid)!

I can offer an opinion, however, on something else.  As I understand it there were thousands in attendance for the live production.  In addition to the live audience tens of millions tuned in around the world to the program.  I imagine that if people are truly outraged, and if those offended celebrities and spokespeople are genuinely appalled by such shenanigans, next years audience numbers will be in the hundreds or perhaps thousands rather than millions and millions and millions.  I guess we’ll have to wait and see just how genuine all this negative response truly is.

Life At 29MPH – A Journey Out of the Fast Lane

Recently my wife and I had the amazing blessing of spending a couple of days driving on Skyline Drive in the Shenandoah National Park. Words fall far short of being able to capture the experience. Pictures can only show you simple images, not the majesty we felt as we stopped along the drive. However, I will include some in this post as eye candy for those who appreciate visuals. 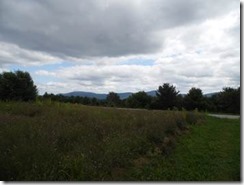 One thing, however, that I do hope to somehow capture for you is the difference in the pace of life on the drive. Prior to getting on the scenic by-way we had been driving interstates all the way from Florida. We had become accustom to highway speeds. On the Blue Ridge Parkway and Skyline Drive the speed is significantly slower. Most places on the Blue Ridge are posted at 45MPH and Skyline is primarily 35MPH. After a few miles on the roads, however, we determined that even those speeds were too swift to really appreciate where we were.

So we slowed down. We slowed way down. When you have been averaging speeds of 70-75 on the interstate it is a little shocking to set the cruise control at 29. It was hard. Once when we got off the drive to go into town for something we hit a highway and were stunned at how much faster it felt to drive 55. It does not feel normal to go so slow in our hectic race and rush of life.

As we were talking about the experience we thought about a couple of things related to the change in speed as we traveled. First, what are we missing as we are zipping through life? I know that we would have missed seeing at least one of the bears we saw as well as several deer and some incredible sights if we had not been cruising at 29MPH. As we pass things in such a blur in the daily rat race I am grieved to think of what I could have seen if I had only slowed down a little.

Second, what are we failing to fully appreciate in the rush of our daily routines? I couldn’t begin to account for the number of times we uttered a stunned “WOW” as we drove along. There were vistas that allowed us to see for miles. Beauty discovered just off the road on a meadow path. Amazing wildlife some might wait their whole life to see. It was all around us. Then I remembered, aren’t these things around us, or other similarly amazing things, all the time. We just don’t slow down enough to appreciate what surrounds us. 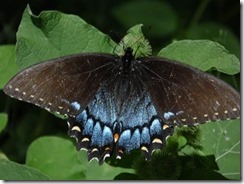 I probably won’t set my cruise to that speed again for a while. What I hope I can carry away from these past few days, and what you might also glean from this, is that it is alright to slow down. In fact, I think it’s a requirement to truly enjoy and appreciate life. So, slow down, set your cruise for comfort and be amazed. You might discover something astounding living life at 29MPH for a little while.

Isaiah 45:6-7
…so that all may know from the rising of the sun to its setting that there is no one but Me. I am the Lord, and there is no other.  I form light and create darkness, I make success and create disaster; I, the Lord, do all these things.

This has been a very interesting summer.  For the first time in our lives we have not worked during the summer and been able to spend it together.  In addition, we have been away from home with our daughter and son-in-law who live just across from the beach.  One might think that this is the ideal circumstance for a couple, but being “out of my comfort zone” has been hard.  I am a home-body, so I’ve been missing my familiar surroundings.  It’s been nice going to the beach and being with the kids here in Florida, but I’m looking forward to returning to our normal lives.

But…what is “normal?”  So much in my life has changed in the past few years.  I have moved in a different direction in relation to my career.  I have become a grandparent.  I have returned to college.  Perhaps the turmoil of these transitions is part of my draw to return to “normal.”

Speaking of turmoil, last night I walked out on the beach.  The waves were intense.

I love watching the waves.  It allowed me some time to contemplate things.   If you think about what causes these waves, there are forces at work hundreds of miles off shore that start the process.  The energy moves through the water and brings the wave crashing on the shore.  In my life it might seem like I’m experiencing turmoil right now, but my faith reminds me that what I am experiencing now is not actually happening now, but was set in motion according to a greater purpose.  I may not fully understand why, but God is in control, and He is the source of the energy or turmoil I’m currently experiencing.

I still miss my home, my bed, my space, but I’m comforted in my faith that God is in control, and He is working out His plan in my life.  I don’t know what is coming around the bend…it might be even bigger waves…but I know that God is sovereign, and I know I can completely trust Him, even in the stormy seas of life.