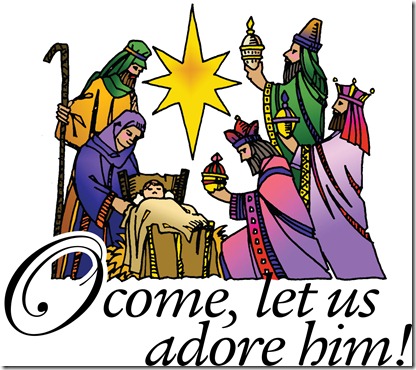 A BABY CHANGES EVERYTHING

1 After Jesus was born in Bethlehem of Judea in the days of King Herod, wise men from the east arrived unexpectedly in Jerusalem,
2 saying, “Where is He who has been born King of the Jews? For we saw His star in the east and have come to worship Him.”
3 When King Herod heard this, he was deeply disturbed, and all Jerusalem with him.
4 So he assembled all the chief priests and scribes of the people and asked them where the Messiah would be born.
5 “In Bethlehem of Judea,” they told him, “because this is what was written by the prophet:
6 And you, Bethlehem, in the land of Judah, are by no means least among the leaders of Judah: because out of you will come a leader who will shepherd My people Israel.”
7 Then Herod secretly summoned the wise men and asked them the exact time the star appeared.
8 He sent them to Bethlehem and said, “Go and search carefully for the child. When you find Him, report back to me so that I too can go and worship Him.”
9 After hearing the king, they went on their way. And there it was—the star they had seen in the east! It led them until it came and stopped above the place where the child was.
10 When they saw the star, they were overjoyed beyond measure.
11 Entering the house, they saw the child with Mary His mother, and falling to their knees, they worshiped Him. Then they opened their treasures and presented Him with gifts: gold, frankincense, and myrrh.

Ole’ Ebeneezer Scrooge didn’t know what he was in for as he headed home from the counting house that fateful Christmas eve…His whole life was about to change in a dramatic way.  In much the same way as the coming of those specters changed Scrooge’s life, the coming of the Christ Child should transform our lives and leave us eternally different.

The entrance of the Christ child stirs us to our deepest point. Our response is our decision. No miracles yet performed…no parables have been told…just the sounds of infancy in the manger…yet He has already impacted the world…already His birth is stirring things.

For us—Even 2,000 Years Later—When Jesus is first born in our heart:

THE FAR-OFF CAME NEAR – The Wise Men

Who would have expected these men to care about this tiny foreigners?  Astronomers, dignitaries, wealthy men, whoever they were is shrouded in mystery clouded by time.  In the nativity scene, accurately depicted or not, they are a strange addition next to the shepherds.  For me, as I consider these travelers, they demonstrated the reach of God in the world then and now.  No one is excluded or out of His reach.  He came for the Jews and the Gentiles.

Persia?  We could understand if a delegation of Jewish leaders made their way to Bethlehem from Jerusalem.  It would make sense if Rome sent ambassadors to welcome the newborn king.  We can even wrap our mind around the possibility that neighboring Egypt or Syria might want to welcome this baby.  Persia, once among the worlds super powers, was now a place of waning influence and power.  But there was something significant in their history, perhaps dating way back to a prophet named Daniel that had kept them looking forward to this gift from heaven.

It’s stunning to consider that these Persians were from the land that today is known as Iran.  In that day these noble men sought the Salvation of the Jews (and all the earth).  Today the leader of Iran has proclaimed his intent to destroy the Jews and all who are allied with them.  Sad the distance they have fallen from these early centuries.

The original GPS was this star in the heavens.  God had chosen to announce the birth of His Son by placing a new star in the sky.  Not many of us would look to our family and say, “There’s a new star up there, and I’ve decided that I’m going to take a trip and follow it wherever it leads.”  People would think we were crazy.  Perhaps there were those nay sayers in this day too that tried to talk the travelers out of going.  Regardless, they were determined and could not be deterred.

For You: Today, if you find that you are far off from the Savior, He invites you to hasten to Him and come near to Him and find forgiveness of your sins and salvation for your soul.

THE NEAR BECAME FAR-OFF – The King

The Newborn TROUBLED Many Then

It’s interesting and saddening that the people who I think should have been most interested in the birth of the Messiah the Bible describes as “troubled” by the news of His birth.  Even more so that the news that troubled the king troubled the nation.  There’s much that could be said about Herod and his penchant for psychotic behavior, but I’m more interested in the parallel that this illustrates in our culture and climate today.

The Newborn Troubles Many Now

Protests, calls for boycotts, lawsuits, petitions, and political correctness have become part of the modern Christmas pageant.  Oooops, I’m sorry, I meant “Holiday Pageant.”  (insert chuckle here)  I think some people on both sides tend to lean toward the extreme and even ridiculous in this “War Over Christmas.”  However, personal bias aside, I think that all this hoopla is evidence that people are troubled still today by news of His birth.

The Newborn Interferes with Life as Usual

Here’s the thing that bugs me the most I think in this narrative.  The travelers came and the King and religious leaders gave them the information they sought.  The Messiah…the Christ…the King of Kings…would be born (and by default had been born) in Bethlehem.  So, they knew it had happened.  What did they do once they knew?  Nothing.  They sent these foreigners on to welcome their long awaited Savior, and they stayed at home.  Whether they were too lazy, too disconnected, or too apathetic isn’t clear; fact is they chose to stay home when they should have headed for…now, they should have run straight to Bethlehem.

Today, how many might think: I can’t become a Christian because I am enjoying my life too much.  Coming to the manger, to Jesus, might interfere with my plans and life as I like it.  How many are “hugging the serpent-sin to themselves” and stubbornly refusing to let it go and come near to the Savior?

How sad, that the Gospel can be Good News to some and Great Trouble to others

So few sought Him that day! The Son of God… the Promised Messiah…the Savior… and no one would leave what they were doing and seek him!!

Let’s not stop searching until He is found.