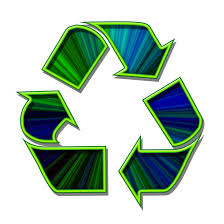 I know it sounds gross, but it was very good.  First the story then the recipe.

The diet that Andie and I are on requires a multitude of veggies.  In the process of cutting some up recently I realized that I was throwing away a lot of green.  Things like celery leaves, the base of the asparagus, and broccoli stems were getting tossed in the can.  A thought struck me, why do I have to keep chucking this stuff?  Is there anything I can do with it?  So……I decided to try something creative.  For a week I saved all the vegetable “trash.”  Then, along with the bones of a rotisserie chicken that we had for dinner a couple nights, I created what I now call Veggie Trash Soup.  It was remarkably simple, and delightfully tasty.  I don’t imagine it will make the menu in the finer dining establishments, but it might make it into some of the homes of the people who are willing to give it a shot.

As I said, it sounds strange, but we ate it for supper tonight and it was quite good.  I liked the blending of the flavors, and it’s healthy too.

Jesus therefore took the loaves; and having given thanks, He distributed to those who were seated; likewise also of the fish as much as they wanted. And when they were filled, He * said to His disciples, “Gather up the leftover fragments that nothing may be lost.”  And so they gathered them up, and filled twelve baskets with fragments from the five barley loaves, which were left over by those who had eaten.                     (John 6:11-13)

If Jesus wasn’t willing to waste (lose) the leftovers, then it makes sense that we should be mindful and not wasteful when something can be used again.

Please keep praying for us.  It is hard, and there are challenges and temptations all the time.  We are committed to this change in our lives for the sake of our help, but the bakery, pizzeria, and donut shop cry out to us because they are missing us.  I just keep remembering that they will be seeing less of us, and so will everyone else.