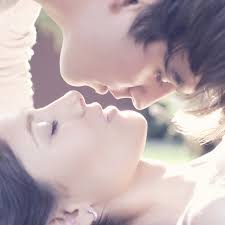 Disclaimer: Please note that the following article contains clear descriptions of passion, lust, desire and sex and may not be acceptable to all readers.  If you are offended by these subjects please do not read this article.  This is an attempt to show, in a tasteful and cultured way, how these elements have been part of love and romance specifically in marriage from the beginning of time.  Sadly, humanity has distorted and abused what was intended from the start to bring unity and intimacy so that now they more often bring division and shame

Love in Its Many Forms

Love is a confusing and complicated subject. Just asking the meaning of love can lead to deep and debated discussion. The Greek language uses four different words to relate to differing levels of love. Agape, a love built on commitment and unconditional acceptance, occasionally called the “Christ love.” Phileo is something akin to brotherly love or affection and friendship. Storge is the more binding love of parents, children, and other familial connection.

To this noble list, we blush to add the hot sultry love that is often the subject of whispered conversation. Eros is the steamy love of physical attraction, sexual desire, and human sensuality. This Greek word forms the root of the term erotic. Sadly, this word is often used to refer to something far removed from its original purity and passion intended in the beginning of male and female relations. Understanding human nature and varied needs, and the divine design intended by the creator can elevate Eros from its position in the shadows to the pinnacle of passion and purity intended to be experienced by husband and wife.

Modern society strives to instruct young people in love, but often leaves them confused and bewildered as it seeks to secularize, sanitize, socialize and sexualize the subject, while failing to spiritualize it by connecting love to its source. Forty years ago Dr. James Dobson (1975) wrote that young people, through education, media, and peer pressure, were being “taught to confuse the real thing with infatuation and to idealize marriage into something it can never be” (p. 84). Perhaps the best advice one can offer these love hungry youths, seeking answers concerning love and romance in relationships, is to direct them back to the wisdom of historic texts. This age-old sage advice is not limited just to the teachings of the Scriptures, but is also found in the experiences of loves through the ages.

Ancient poetry and literature offer a telling glimpse into love and romance that contemporary humanity may not realize was present millennia ago. Stories told in modern movies and novellas often relate a kind of utilitarian relationship that existed in the form of arranged marriages, lacking in love and romance, for the primary purpose of bringing forth offspring, providing work hands, and developing community. This perspective, however, does not seem present in ancient love poems and stories of antiquity. In fact, these lyrics and tales speak of a naked and expressive passion that existed between men and women and illustrates how the needs, drives, and loves of each gender were articulated long before any contemplation that men are Martians and women Venusian. (Gray, 2012).

The first love song spoken from a man to a woman was uttered immediately after the creation of man’s compliment, woman. I do not know what the linguistic sounds of the song were, but the intent is evident. The creator had fostered, on purpose, a deep desire in the man for a suitable companion. His intent was that man would find in the mate God would create the completion that he realized was lacking. The account appears in Genesis 2:20-25.

For Adam no suitable helper was found. So the LORD God caused the man to fall into a deep sleep; and while he was sleeping, he took one of the man’s ribs and closed up the place with flesh. Then the LORD God made a woman from the rib he had taken out of the man, and he brought her to the man.
The man said,
“This is now bone of my bones
and flesh of my flesh;
she shall be called ‘woman, ‘
for she was taken out of man.”
For this reason a man will leave his father and mother and be united to his wife, and they will become one flesh (New International Version).

One student of Literature, Whitney Bonheim, (Bonheim, 2014) advanced the following consideration in a discussion related to romantic love and the creation of Adam and Eve. She commented that Eve was not created in the same way God created Adam, perhaps as evidence of God’s intent to reveal in the marriage union the design of love itself. Having Eve fashioned from components taken from Adam illustrates the physical and emotional elements of romantic and committed love between man and woman. Regarding the unique design of the romantic and sexual union of man and woman Bonheim writes,

“that love is created of two beings, connected from the start. Just as man was created in the likeness of God, Eve was created from the body of Adam, holding within her flesh the divine love that had been issued to humankind by the Creator” (Retrieved 3/20/14).

Humanity continues to strive for social connection, relationship, and love precisely because we have been designed and created to love and be loved.

Following the introduction of the first couple in the Garden of Eden there is this addendum about the initial purity and passion that humanity experienced, prior to the entry of sin and rebellion in to the “Good” of God’s creation:

The man and his wife were both naked, and they felt no shame (Genesis 2.25).

Unfortunately, the purity of this sacred moment would not be long-lived. Genesis 3.7-8 finds our inaugural couple hastily covering their nakedness and hiding from the approaching footsteps of the divine Creator. Never again would the kind of unashamed physical and relational intimacy they had known in the beginning exist between man and woman. Sin shattered the divinely devised relationship. Shame and condemnation drove human sexuality into hiding, known henceforth only in darkened bedrooms behind closed doors, thus distorting the gift by which God had intended to demonstrate the deep internal love that He has for His creation. As rebellious humanity fled to their hiding place, their action brought distance and division in place of intimacy with each other and with God. Even after experiencing the redemption of Christ’s death, burial, and resurrection, the pure intimacy of Genesis 2 remains elusive The sin nature of “flesh” continues to linger even in those released, for whom “there is therefore now no condemnation” (Romans 8.1).

Romance and Love: A Mingling of Sights and Sighs

In spite of the shame that sin introduced into the realm of human sexuality, humanity continues to hunger for love and sexual fulfillment. The ancient texts of love poems relate that longing in even the earliest of manuscripts. Physical passion and longing for romance grace each pen-stroke. In “Last night, as I, the queen, was shining bright” these steamy words comprise three lines:

“While we by the moonlight indulge our passion, I will prepare for you a bed pure, sweet, and noble, Will while away the sweet time with you in joyful fulfillment” (Damrosch & Pike, 2009, p. 42).

Shamhat unclutched her bosom, exposed her sex, and he took in her voluptuousness.
She was not restrained, but took his energy.
She spread out her robe and he lay upon her,
she performed for the primitive the task of womankind.
His lust groaned over her;
for six days and seven nights Enkidu stayed aroused,
and had intercourse with the harlot
until he was sated with her charms (Damrosch & Pike, 2009, p. 62).

Another thing that these historic love songs illustrate is the difference between the drives and needs men and women. Gary Chapman (1992) wrote a bestselling book on relationships called The Five Love Languages. Borrowing from his years of counseling couples he delineated the communication and reception of love in such a way as to fit into five basic categories: (1) Physical touch; (2) Quality time; (3) Words of affirmation; (4) Acts of service; and (5) Receiving gifts. In some way, each person on the planet will fit in one or two of these categories in regard to how they communicate and receive love. When I first read this book I thought the message was revolutionary and provided new insight. However, these ancient poems and love songs offer evidence of the presence of these “love languages” in how they communicate love and romance from the male and female perspective.

Men, as most modern advertisers are obviously aware, are often captivated and infatuated with the vision of beauty, attracted by the physical, before learning what lies beneath the surface of woman. Women, on the other hand tend to seek security and provision, in addition to romance and feeling. She would like to be wooed, whereas the man needs to be wowed.

“One, the lady love without a duplicate” is a poem brimming with physical descriptions. My assumption is that a man with a specific woman in mind wrote this poem. Consider this example from the poem:

Her buttocks droop when her waist is girt,
her legs reveal her perfection;
her steps are pleasing when she walks the earth,
she takes my heart in her embrace.

She turns the head of every man,
all captivated at the sight of her;
everyone who embraces her rejoices,
for he has become the most successful of lovers

The very vivid description of the subject’s physical appearance and identification as the prize of the successful lover suggests man’s drive to conquest.

The Creator’s intent and design, however, was for humanity to express and experience love in a deep and intimate way, as evident from the physical construction of our bodies and the emotional structure of our hearts and minds. He wanted us to love and be loved in return. He has made us with the capacity for love on all levels. Perhaps it is the longing for a return to purity that drives us to read love stories and watch romantic films. We have been internally wired for love and long to have that activated in us.

Retrieved from: http://learn.liberty.edu/webapps/portal/frameset.jsp?tab_tab_group_id=_2_1&url=/webapps/blackboard/execute/courseMain?course_id=_11067_1 on March 20, 2014.

Chapman, G. (1992). The Five Love Languages: How to Express Heartfelt

Dobson, J. (1975). What Wives with their Husbands Knew about Women.